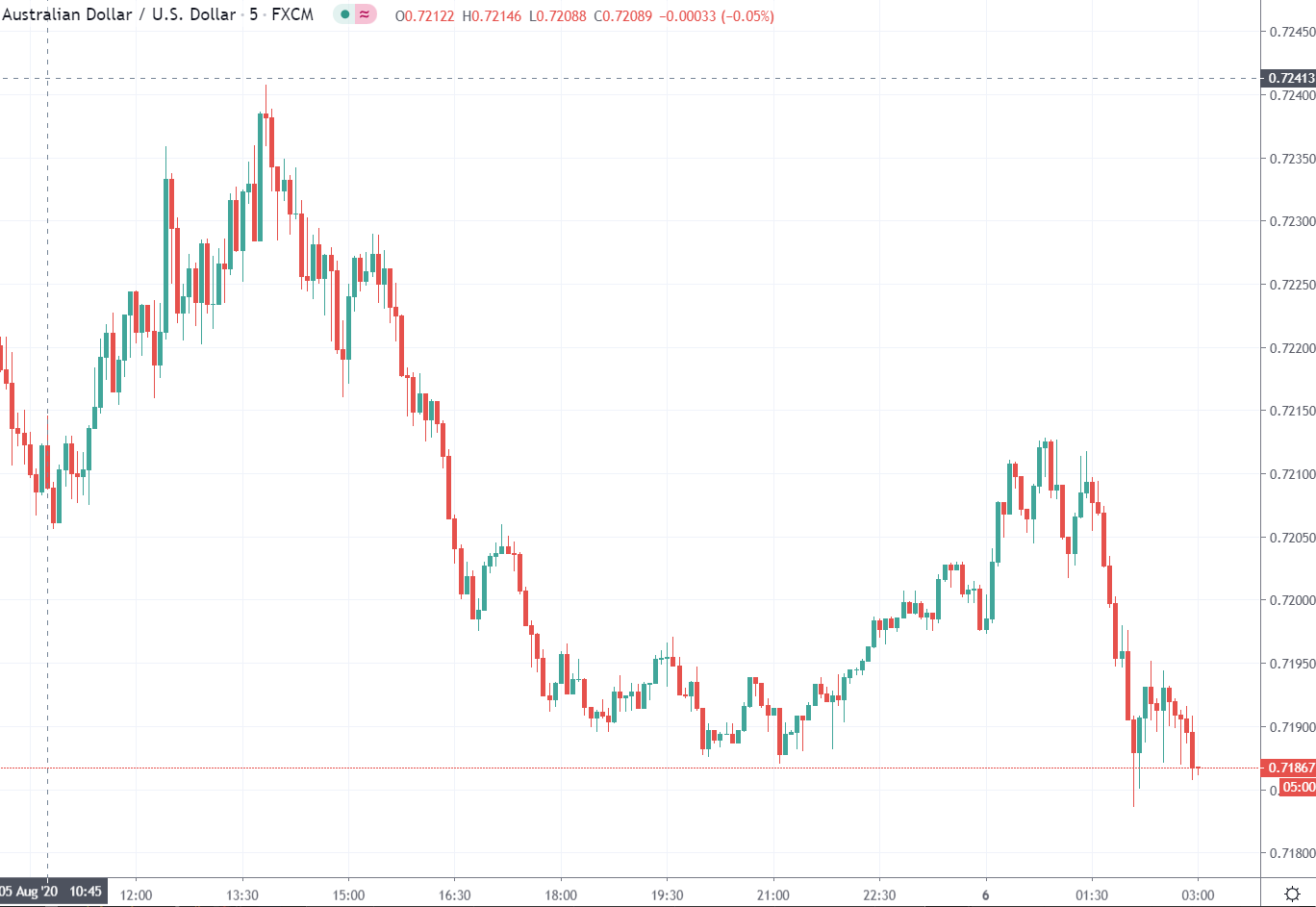 We saw some early small flows
into currencies out of the USD despite mixed news out of Washington
on economic relief legislation negotiations. Trump has indicated he
will take executive action (no details provided) on unemployment and
eviction relief on Friday if Congress fail to reach agreement by
then.

US
infectious diseases expert Fauci was in the news, saying there will be
a vaccine by year end and into Q1 of 2021; if he is correct that is
encouraging news. He did say also though that large scale dosing (in
the billions) is much further out.

As mentioned, currencies traded a touch higher against the dollar early. AUD/USD, for example added 20 points. PM Morrison outlined Treasury forecasts of a big hit to GDP and employment due to the stage 4 lock downs in Australia’s 2nd largest city and state, Melbourne in Victoria, which saw the currency fall back to its lows. NZD/USD has been weaker.

AUD up early then gave it all back: